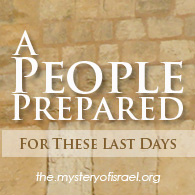 In September, a dear brother and I spent 3 and a half days at a camp in Ohio, focused on the five visions of the book of Daniel as they relate to Israel and the Church in the last days. As many as 70 of us were assembled for what was called “A People Prepared for These Last Days.”

I am humbled to say that for most of my Christian life the books of Daniel and Revelation have been closed books to me. None of the well known interpretations or expositions have rung true enough to engage me. That has been changing in the last two years as I have spent much time working on Reggie Kelly’s writings at MysteryofIsrael.org. The Convocation in September was the first time I have actually gone through Daniel verse by verse since this new perspective on the last days has become real to me. I took my Samson H2 Handy Recorder to the conference in hopes of capturing good quality audio of the gatherings. (Audio has already been posted over at MI.) Another brother brought his HD video camera. Put the two together and you have a pretty decent reproduction of the event. Of course nothing can duplicate the fellowship that took place there, but it’s the next best thing.

I am diligently working on the video as fast as our little home computer will allow. It is also excruciatingly slow to upload it to the web. Chapter 2 is done and has been successfully uploaded to YouTube in HD. Other Chapters will follow as they are completed.

I will be testing the YouTube embedding features below before rolling it out to the MysteryofIsrael.Org site. All seven parts of Chapter 2 should play in succession below. (iPad users will not be able to see the YouTube playlist mentioned above. As an alternative the 7 parts of Chapter Two are available here.)