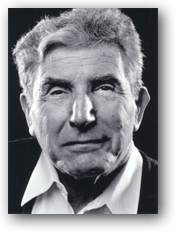 Words cannot express the impact this man has had on my Christian walk, although I tried in this journal entry. To hear more from him, visit Art Katz Ministries or Ben Israel Fellowship.

The following messages have special relation to the other content of this site. Thanks to AKM for permission to use them.

For over ten years (until I found the Ben Israel web site) these 3 messages were my only contact with Art. Of all the great themes that Art spoke on in the course of his 40 years of ministry, it now strikes me as non-accidental that it was these messages (and not some other topic) that were brewing in my innermost being all that time. Portraying the mercy of God in it’s purest form. I pray that others will find the gold of Gospel comfort in these three messages that I continue to mine, twenty years after I first heard them.

“Don’t get flustered. Hang on to the tape. And like all the other tapes, they’ll gather value as we come more deeply into the time. It will become like a rare wine, standing on the shelf, waiting for the time to be opened.” A. Katz, 1987 (Quoted from this series of messages)

Recorded at the 2004 Prophetic School in Ben Israel, these two messages on Psalm 119 are also interspersed with comments from the students and Ben Israel residents. I listened to them shortly after the school and forgot about them until after I had written music to Psalm 119 in 2007 & 2008. These could have been the formative words that inspired that music.

Art Katz Ministries has also graciously granted permission to post a message on Galations: Paul’s Vehement Opposition to Legalism. It would seem by its title to be a contradiction to a Psalm devoted to the Law, the Commandments, Statutes, Word and Precepts of the Lord.

Article: On Witnessing to Jews

Art’s invaluable thoughts on sharing the Gospel with his own kinsmen in the flesh.